Campus Policies Up to Date for Student Safety 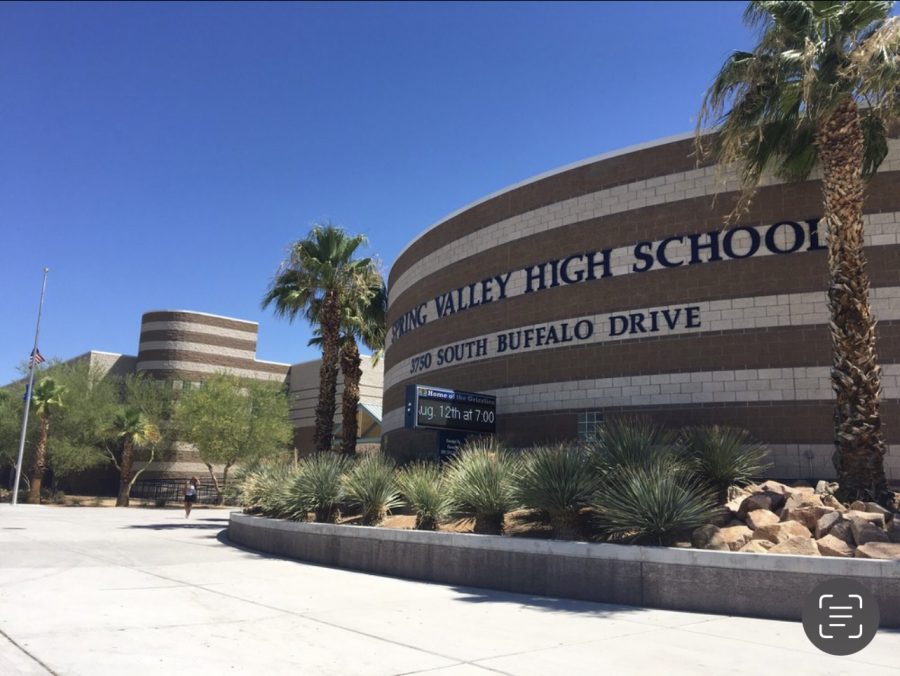 Spring Valley high school administrators are enforcing new policies ensuring students safety on campus. Locking classroom doors, single point entries and a closed campus policy are all part of the changes in response to recent violence since the pandemic and Uvalde shooting, according to Principal Tara Powell.

“Uvalde is at the forefront right now, but we’ve been through other horrific events that happened as well.” Principal Powell said. “These events, unfortunately, keep happening. It is what’s in our mind right now with these policies, and we saw an increase in community violence.”

In May, 19 students and two teachers were killed in a school shooting in Uvalde, Texas marking this as the deadliest school shooting in Texas history. The shooter entered through one of the three unlocked exterior doors. Months later, school districts nationwide are re-evaluating their policies, including Clark County. With the previous spike of violence in schools last year, this was the extra push for change.

“It’s a sad state of the world that we’re at this point that it’s become so common to talk about school shootings or any mass shootings.” Theory of Knowledge teacher, Mrs. Krshul said. “When I grew up, Columbine was such a shock to the world. Then, here we are it’s [school shootings] happening every year.”

Years before teachers were allowed to open and unlock their doors, students came and went as they pleased, and had multiple ways to enter and leave campus. Last spring, Superintendent Jesus Jara announced his plan to improve safety with wearable panic buttons for teachers, more police presence on campuses, single point entry, and upgraded security cameras.

“Our job is to ensure students, staff, and visitors on campus are safe.” School Police Officer Terry McAninch said. “Our job as school police is to go after the threat, we’re not going to wait for the Metro, SWAT team, helicopters or canines. I’m here by myself, it’s my duty and oath that I took to protect you guys and everyone here.”

Spring Valley is seeing mixed opinions circulating on campus with the policies implemented. The student body believes administrators do not have to enforce the policies in such a way, while teachers see the necessity.

“I think the measures they [CCSD] are taking are proactive and sadly necessary in today’s world,” Krshul said. “Making sure we can communicate outside our classrooms since we’re isolated without knowing what’s happening, it definitely creates a danger.”

The students have been able to grasp the policies. While some are all for it, others are frustrated with policies such as the closed campus policy. Students must leave school premises or wait in the cafeteria until two o’clock to begin their after school activities.

“Personally I don’t like the closed campus policy,” Junior Ivana Venegas said. “I’m in multiple clubs and I don’t want to wait until 2 for meetings to start… I don’t like asking my parents to pick me up later because it interferes with their schedules.”

The district has more policies for further in the school year, such as the wearable panic buttons for teachers. Spring Valley currently does not have them yet, as they are being tested at other schools.

“All teachers are going to get a panic button. They’ll press it and it will go to police dispatch, call center radio, and front desk,” McAninch said. “It’s coming real soon, it’s going to make the teachers feel more at ease. They can relax and teach without having in the back of their mind that someone’s going to come.”

Spring Valley and CCSD are going the extra mile to protect students and staff alike. If you have any information of suspicious school activity, let trusted adults know or go to http://safevoicenv.org/ to give anonymous hints.