The Misrepresentation Of High School In Hollywood 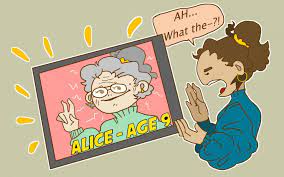 One of the biggest comparisons to how high school is depicted in the media is the time that students commit to their academic and social life. In the media, high schoolers spend an abnormal amount of time socializing. However, in reality the average high schooler has limited free time because of studying, extracurriculars, and part-time jobs. This only leaves the weekends to reserve any socializing time. But even then as an honors and AP student I constantly find myself studying or doing homework instead of hanging out with friends.

Riverdale, among other shows, sets unrealistic examples of what teenagers do in their free time, as it follows a group of high school students as they face the plight of murders, mobs, magic, and most recently a multiverse. In Gossip Girl, the teenagers are never seen actually doing school work, yet they get into elite colleges like Dartmouth and Yale. Gilmore Girls manages to include some of the more academic parts of high school, Rory, a character in Gilmore Girls, still seems to have an inordinate amount of spare time. In HBO’s Euphoria, it’s easy to forget the characters are supposed to only be 17; as the show depicts their complicated, dismal lives through explicit nudity, hard drugs, alcohol and graphic violence.

Some may make the argument that Euphoria has been productive in spreading awareness of the adversities that modern teenagers face; however, through the midst of seductive cinematography and a great soundtrack, I find the show’s line between depicting an accurate portrayal of these issues and glamorization slightly blurry. The Drug Abuse Resistance Education program, more commonly known as D.A.R.E, has criticized Euphoria for incorrectly depicting and glorifying destructive behaviors such as drug use, addiction and violence that is common and prevalent in today’s society. While I applaud euphoria for tackling such difficult topics, like substance abuse and mental health, I agree with D.A.R.E, labeling Euphoria as a high school show, this draws in younger viewers who might misunderstand the show, and completely takes the show as something that is just straight up terrifying.

Not only could younger viewers depict these shows as terrifying but younger viewers are those who are most vulnerable to Hollywood’s representation of high schools. A big example of this is casting older actors to play high schoolers, a frequent practice in Hollywood, which provides unrealistic examples of a typical student’s appearance, which can lead to body image issues.

With that being said, in recent years the representation of high schoolers in the middle has improved, but only slight. For example, Netflix’s To All The Boys I’ve Loved Before does well with illustrating the diversity found within most schools, however still manages to misrepresent high school in their portrayal of the “social hierarchy.” High School Musical is a victim of this, with one of the film’s underlying themes being “stick to the status quo.” This is a recurrent issue in high school films, as they tend to categorize students based on cliques, embedding the idea that interactions between these cliques don’t exist, which in reality, is false. Personally, I find this narrative to be toxic, as it leads a lot of students to believe that their friends are limited to their cliques. In real-life, lines between cliques are blurred, and every individual student isn’t limited to their specific friend group.

I understand the point of these shows and movies is to entertain us, however, the media has room for improvement in their representation of high school. Ultimately, high school isn’t just socializing, and the media needs to acknowledge more of the academic aspects of high school in order to provide a more practical illustration to future generations. As my sophomore year comes to an end, I realize that high school will never be like High School Musical or even Euphoria. But I realize that high school isn’t just socializing or the explicit things that happen but rather it’s about the memories I have made now and even in the future.