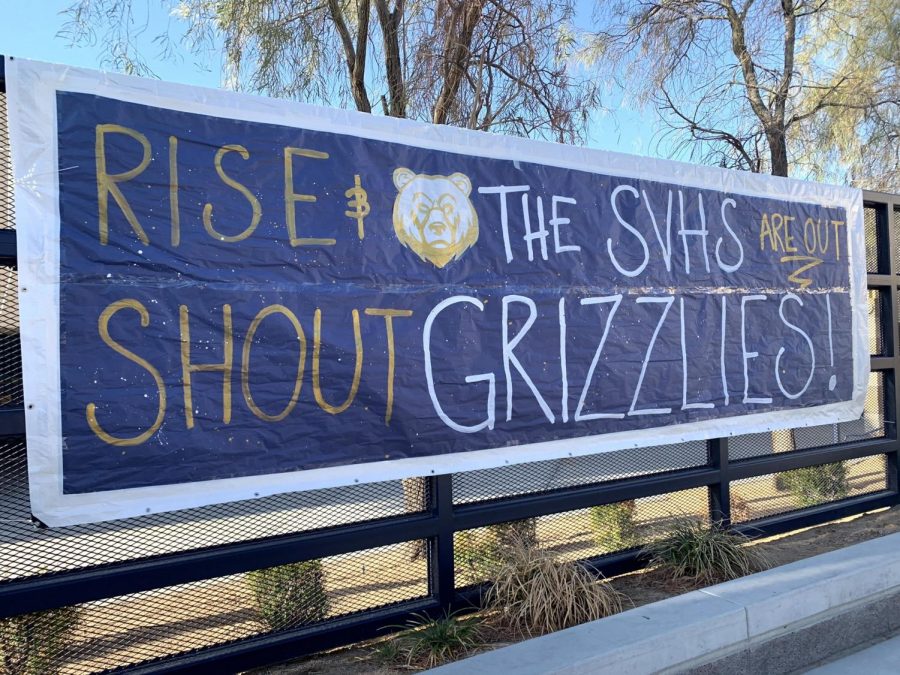 Editors’ Note: Sports reopening has been clarified by Spring Valley High School Administration. The sports schedule differences were due to scheduling, and the hardship of securing venues to host games.

Clark County School District Students we spoke with believe there’s a double-standard within the district’s reopening plans, and expressed frustration with the District’s lack of communication.

Noah Dee, President of the Spring Valley Environmental Club, believes CCSD Sports receive the most funding and support – leaving behind clubs like his. The Environmental Club organizes school clean-ups and fundraisers to fund its’ campus beautification efforts. “Yeah I’m frustrated somewhat,” Dee told The Grizzly Growler. “I do understand that activities do need to be limited and sports just happens to be something the district funds the most, so I wouldn’t really say I’m mad since I understand sports [receives] the most funding and support.”

Senior Ivana Karastoeva, a member of the Environmental Club, told the Grizzly Growler “It is sad though that we weren’t able to do any major events.”

International Baccalaureate Honors student Taleigha Rodriguez expressed that while she’s not a member of the Environmental Club or Model United Nations, she would be disappointed with the District’s lack of communication and competition restrictions. “If I was a part of [M.U.N./Environmental Club], I would be quite disappointed with not being able to compete this year.”

‘The District has NOT communicated with me well’

Junior Reign Echavez, a member of the Spring Valley Model United Nations team, is interested in competing in M.U.N. conferences, but says the lack of communication from the District leaves her with an uncertain future. “I want to know if we can compete at the UCLA BruinMUN Conference, for example, but with no communication from the District, it leaves me in a state of limbo.” Echavez, one of the top competitors in the Grizzly M.U.N. program, had wanted to compete in the annual Las Vegas Model United Nations conference, but the lack of communication resulted in her setting her sights on 2022’s L.V.M.U.N. conference.

Honors Student Steven Fidanque added, “I wish CCSD would account for student’s opinion[s] in their decisions regarding online school, instead of sending us unhelpful motivation emails saying they understand our concerns.”